Zero and low tillage practices are used in may parts of the prairies as a way to preserve both moisture and nutrient. However sometimes you need to disturb things in a field to move nutrients, manage residue and to incorporate fertilizer.

Do you ever wonder how farmers’ fields stay consistently good throughout the winter? Or how fields do not have second growths on them after the harvest season? You can thank tilling and harrowing for a lot of that.

What are vertical (Pro) tilling and harrowing and what are these functions?

Harrows come in a few types but the most commonly used post harvest are heavy harrows. They are essentially large, heavy combs that break up the straw and plant residue after harvest and work it lightly into the very upper layers of the soil in the field. Keeping some residue allows for moisture capture and as it decomposes it provides nutrients and habitats for our good bug friends. Someone who has a lot of pressure on their harrows can make their fields look plowed but it’s not that deep.

Vertical tilling, sometimes call protilling, is a way to break up the soil deeper without actually turn it over like a plow would. This allows nutrients and residues to be worked into the soil deeper, to allow nutrient movement in the soil layers and doesn’t compromise moisture retention.

Vertical tillage is a practice that supports zero till seeding where the drill cuts a small path for seeds and fertilizer and then rolls over it. Precision agriculture practices adopt many of these practices in order to help fields maintain or improve their productivity.

While harrowing and tilling are used by farmers after the harvest season to renew the soil in their fields and prevent it from becoming dirt, or unhealthy. As unhealthy soil means that seeding would be a nightmare to accomplish, and no plants would grow to be the healthy requirement needed for a harvest season. Overturning the soil also loosens the soil and that ensures the soil will not become tough or hard due to cold weather or drought.

Furthermore, it can also be used to dispose of a crop if such crop is deemed unsalvageable through hail, disease, pests or other disasters that can render the crop unsalvageable even for baling or silaging  We saw this happen across the prairies this year. Crop were stressed by drought, hit more than once by hail or insects. These crops could be salvaged for feed in some cases but those that were most severely damaged were incorporated back into the soil to feed it. Regrowth that came after the warm fall was also harrowed or tilled in to prevent the plants from using up the soil nutrients at the wrong time of the year.

We will talk more about harrows again – they can be used on pastures and in grasslands, as well as forage and perennial crops. Just like the air drills they can be used in more than annual cereals, oilseeds and lentil rotations.

We’ll be asking Earl some questions, watch for some video and audio clips soon. 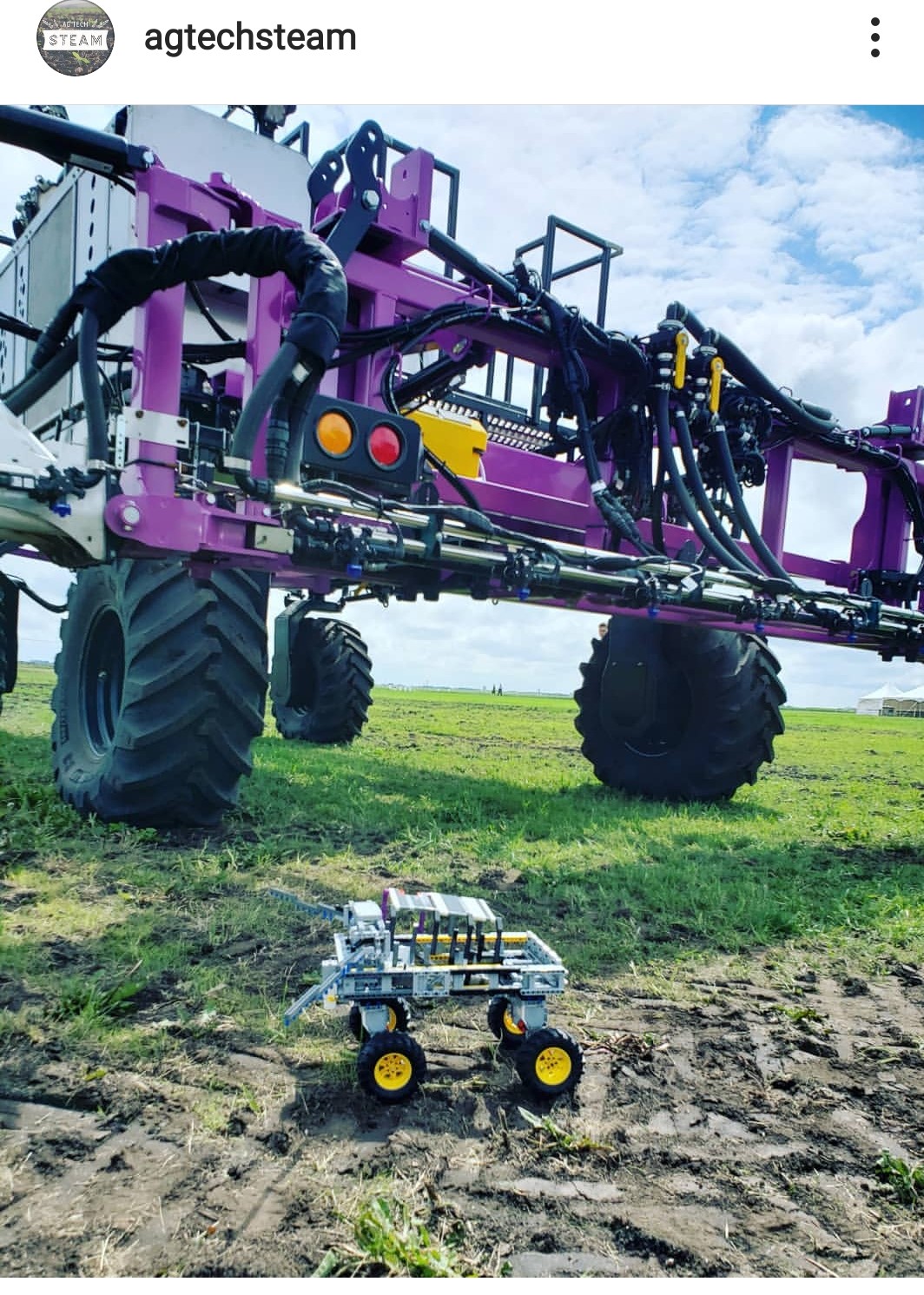 What’s going on? We had a GREAT time at Ag in Motion last week in Saskatoon. Mini DOT 2.0 did really well, she even ran on the grass without issue! 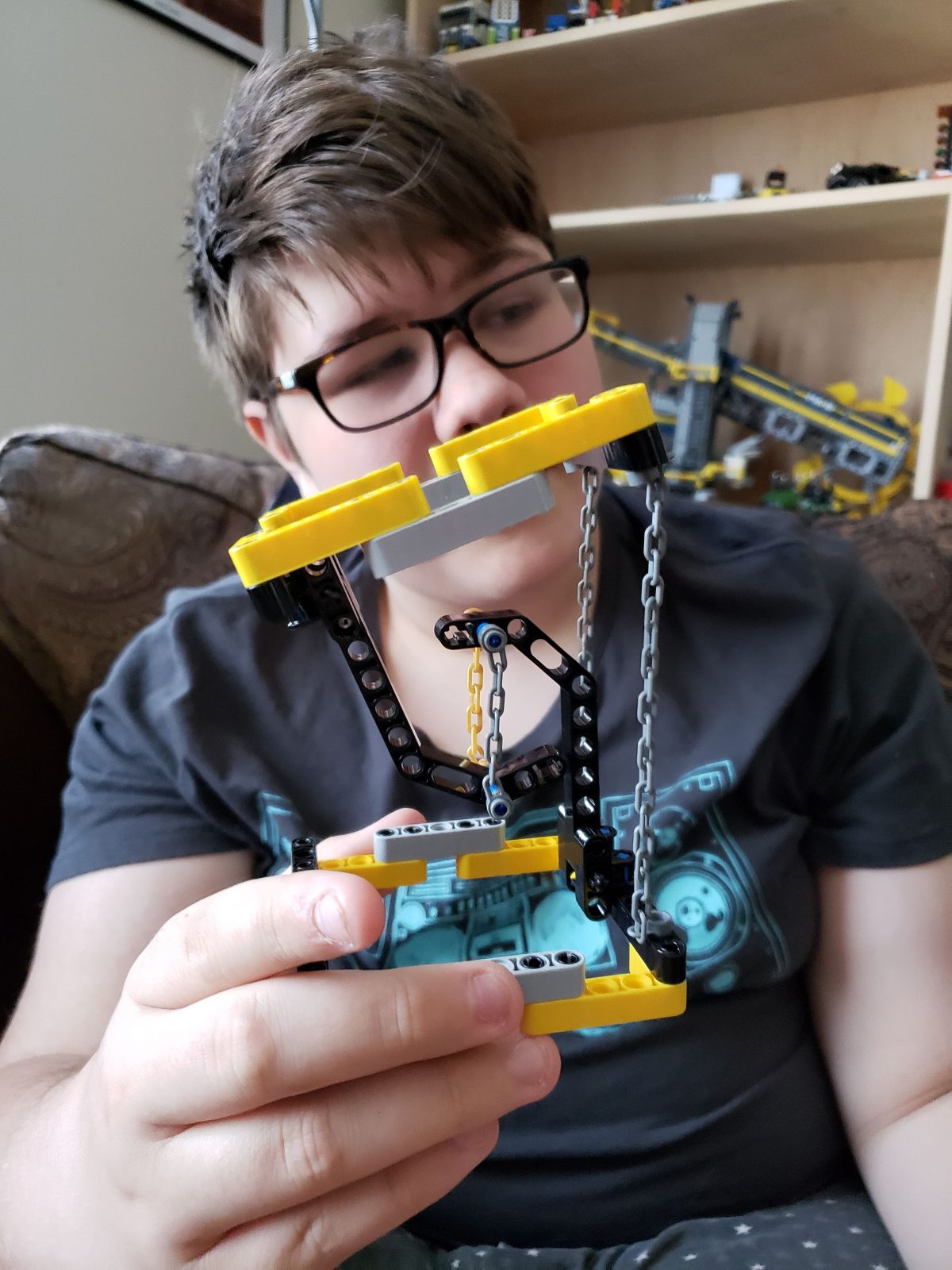 This weekend for #STEAMSunday we built a tensegrity structure from Lego. What’s that you ask? Check it out here: https://en.wikipedia.org/wiki/Tensegrity There are some really cool ways to build these structures,

We are so excited about the Content Packs on AgTechSteam.ca and the newly released Ag Tech Steam Boxes filled with fun ag tech and STEAM activities. A question I hear